With Barcodesoft SEMI font, a Windows computer and a laser scriber, you can mark on semiconductor wafers as if you are "printing" on them.

You can also use our OCR software to do Optical Character Reading (OCR).

There are three true type fonts in the package: BcsSEMI, SEMI, and SEMIDouble.

BcsSEMI is a traditional true type font. Its character set is shown below 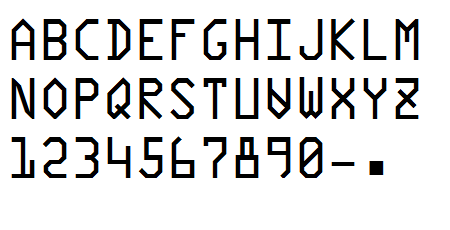 SEMI is a single density dot matrix font. Its character set is shown below 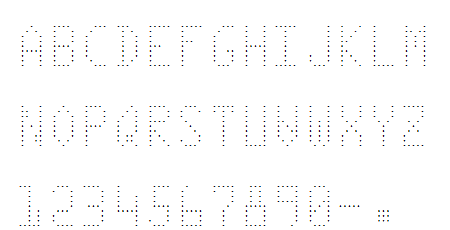 SEMIDouble is a double density dot matrix font. Its character set is shown below

If you download Barcodesoft SEMI font demo and install on your computer, you will find a Windows application Encoder. It comes in handy when you need to calculate checksum for either SEMI M12 or SEMI M13.

Some characters in the demo SEMI font have "Demo" watermarks.


This is the pricing list of Barcodesoft SEMI font package